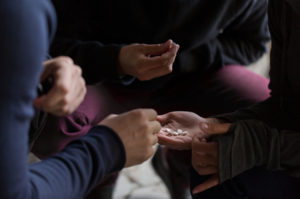 Utah ranks high in the nation as a great family-oriented place to live with amazing recreational opportunities.  Unfortunately, we also lead the nation in mental health and substance use problems.  A study by Robert Wood Johnson Foundation, “The Facts Hurt, A State by State Injury Prevention Policy Report, 2015.” ranked Utah fifth in the nation for overdose deaths.  Utah along with other high altitude and mountainous states also leads the nation in depression and suicide rates coming in second to Montana in rates of mental illness.  The recent growth of Utah County puts our teens at increased risk for drug addiction.

The best source of prevention for teen drug use and suicide is for parents to talk openly and consistently to their children about these issues, be aware of any signs of problems, and get immediate professional help.

Following are common misperceptions parents have and mistakes to avoid when talking to kids.