Gottman Couples Therapy is one of the most popular and contemporary approaches to couples counseling used today. It is entirely based on 40 years of research findings from psychologist John Gottman’s own studies of married couples. This method teaches couples new communication styles and behaviors to overcome obstacles in their relationship.

Gottman observed how couples interacted in a live-in environment through the use of multiple cameras they agreed to have installed. This allowed him to see how couples interacted naturally. By studying hundreds of couples this way, he was able to catalogue the behaviors in people who stay together and have successful relationships, as well as identify behaviors in those who get divorced or split up. 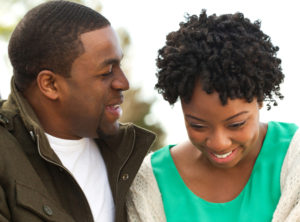 Based on his research Gottman has constructed a theory of all the behaviors successful couples engage in, which today has become known as “The Sound Relationship House”.

The couples therapy sessions are all about teaching couples the skills needed to build their own Sound Relationship House. The assumption is that couples can learn to emulate ways of interacting and doing things that have been observed in couples that end up staying together.

In couples therapy the therapist acts as a coach or facilitator who helps couples interact with each other by using new rules and guidelines. The goal is for couples to become independent of the therapist and for the therapist to transfer his or her own skills to the couple.

The Gottman Method is a skills-based approach to creating a strong relationship. By doing more of the right things, and doing less of the relationship-damaging things, you can make your relationship grow in the direction of greater intimacy and satisfaction. It continues to be an outcome-based strategy that produces highly successful results.

To find a therapist at Ascendant Behavioral Health Clinics that specializes in Gottman Couples Therapy go to Our Staff or call (801) 872-5516.