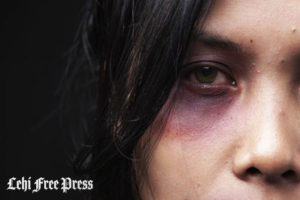 The definition of domestic violence: (also called intimate partner violence (IPV), domestic abuse or relationship abuse) is a pattern of behaviors used by one partner to maintain power and control over another partner in an intimate relationship. It includes any behaviors that physically harm, arouse fear, or prevent someone from doing what they wish or force them to behave in ways they do not want. Domestic violence can include abuse that is physical, sexual, emotional, and economic (deprivation of money for basic needs) or all the above – but the key factor is that it always involves some type of threats and intimidation to maintain absolute power.

Domestic violence does not discriminate – anyone of any race, age, sexual orientation, religion, or gender can be a victim – or perpetrator – of domestic violence. It can happen to people who are married, living together or dating. It affects people of all socioeconomic backgrounds and education levels. It also affects children – due to the secondary trauma they experience while hearing and witnessing these behaviors in their home.

In the past women were more likely to be the ones abused in relationships, but a study in 2014 showed a 30-40% increase in domestic abuse directed toward men. Physical violence carried out by women against men is more likely to involve a weapon. Women also have a higher incidence of abusing men by engaging in constant psychological abuse such as humiliation, belittling, and intimidation.

Relationships can start out from the very beginning with one partner being controlling and abusive. This is especially true when two people who have experienced or witnessed abuse as children enter a relationship. Their traumatic childhood histories may initially draw them together. This happens because the relationship unconsciously feels very familiar.  Unfortunately, the dominant partner soon takes the power and control; causing the relationship to rapidly become unhealthy. Much of the therapy with people who are chronically being victimized focuses on this dynamic.

It is also possible for a relationship to appear healthy for years and then become increasingly abusive over time. There may be warning signs of overly controlling behavior in the beginning, however it feels protective and loving. People in these relationships may never experience violence or abuse until a stressful event occurs that tips the scales.

Major life changes that lead to domestic violence include pregnancy, a family member’s illness, problems at work or job loss, debt, infidelity, housing foreclosures, addiction, children acting out, or any changes that cause one partner to feel insecure in the relationship. These stressors can cause the more dominant partner to try to maintain control of the family by use of violence.  When this happens, the victim may try to leave the relationship causing the perpetrator to become increasingly abusive to maintain control. The abuser feels more abandoned or insecure when the victim threatens to leave, and the risk escalates – sometimes ending in homicide.

Anger is an emotion that is depicted by resentment, bitterness, and/or hatred toward someone or something that we may feel has harmed us or done us wrong. Anger can be an intense feeling that is difficult to manage, but it can sometimes be a positive force for change and problem solving. However excessive anger can make you sick. It has been strongly linked to high blood pressure and heart problems. Holding back and/or stuffing anger can eventually lead to an unexpected explosion. Often people don’t realize when they are angry and suddenly become overwhelmed with the intensity of the emotional reaction to the situation. The body feels angry before the mind realizes it’s angry or even what the anger is about. Men traditionally have a more difficult time verbalizing feelings due to how differently the genders have been socialized. When a person is angry and does not express it appropriately or deal with the feelings, they can become a walking “time bomb” waiting to explode. At this point anything can set off the explosion and it may not even be directed towards the object of the anger.

The first step to controlling anger is to recognize anger when it’s in the early stages and manage it while it’s containable. Learning body signals such as tense muscles, headaches, or chest pains can help someone identify the feeling in their body and express the thoughts and emotions verbally to deal with the anger appropriately and choose how to react.

In comparing domestic violence and anger, there are several key differences. Domestic violence is the result of the need to control and gain power in a relationship – it is not uncontrollable anger. The abusive person has a belief that they are entitled to power and control to the point that they often totally disregard the feelings of their partner. This desire to have all the control over someone else often masks feelings of inadequacy, guilt, low self-esteem, or fear of abandonment.

A person with anger management problems is struggling with a distorted thinking process and an inability to acknowledge and manage feelings. This is a skill deficit that requires work on acknowledging and expressing feelings. Anger is a secondary emotion and generally covers other more vulnerable feelings such as fear, humiliation, sadness, and hurt.  The primary feeling is what is felt immediately before the anger.  People quickly resort to anger to cover up acknowledging this vulnerable feeling – which may be why anger problems tend to be more common in males.

When confronted with their behavior and thinking errors, an individual struggling with anger management issues is likely to accept responsibility for actions and the consequences that follow. The individual that is abusive in a relationship also struggles with an inaccurate thinking process and externalization of anger, however they are more likely to blame others or their circumstances for their behaviors. Further, many abusers don’t visualize their victims as people but instead as property or sexual objects.

Another difference between the two is that anger can be expressed towards anyone or anything (i.e. God, others, situations, unmet needs) whereas domestic violence generally occurs within an intimate relationship. Further, anger can be expressed in a positive healthy manner via coping skills assertiveness, problem solving and conflict resolution. Anger only becomes a problem when it occurs too frequently, too intensely, lasts too long, and disturbs work or relationships. Contrastingly, domestic violence is always a problem. It’s never useful or healthy. It harms both the victim and the perpetrator.

Both the person who engages in domestic violence and the individual struggling with anger management should seek therapeutic assistance. There are some differences between treatments but there are useful techniques that are applicable for both. Domestic violence therapy tends to focus on the power/control philosophy, accepting consequences and responsibility, and changing behaviors. Anger management therapy focuses on monitoring thoughts and feelings and developing methods to communicate anger in a healthy manner. Similarities in both treatments include teaching empathy, identifying triggers, developing a plan, using of coping skills and calming techniques, along with dismantling the distorted thinking process that occurs in both. 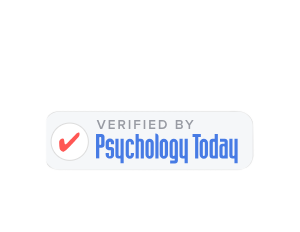